In 2012, the home furnishing industry that experienced the trough of 2011 began to prepare for spring decoration, more ideas were put into practice, and more opportunities were worth looking forward to. Enterprises in the industry said that they could start from zero ten years ago and develop year by year; now facing more positive and challenging emerging markets, the starting point is higher, and they are not afraid to change themselves and start again.

The process of enterprise development is like the migration of birds. In the process of flying to the target, the quality and service are the wings of the bird. The stronger the wings, the higher the flight; the eyes of the bird represent the ability to adapt. Only by responding flexibly to changes can we preserve strength, accumulate strength, and proceed steadily. But all of this is just the basic conditions for development. Home furnishing companies in the terminal market are well versed in the truth: consumers are the air that is closely related to the migration, and there is no air, and the flight plan will be impossible to talk about.

Changes in the market

Boom of the home industry

In 2011, the downturn in the property market led to a downturn in home furnishing business. According to the National Building Materials Home Furnishing Boom Index (BHI) released recently by the China Building Materials Circulation Association, the BHI was 105.72 in December last year, a month-on-month decrease of 4.05% and a year-on-year increase of 2.55%; the BHI data for January this year was 85.74, a year-on-year decrease of 15.13% , A decrease of 18.90% month-on-month, the downward trend is obvious.

The news of the closure of many home stores also kept coming. This year, a news of "the withdrawal of the merchants of Lishuiqiao Store in Dongfang Jiayuan Home Plaza" attracted industry attention. The merchants on the whole floor of the Oriental Home Furnishing Plaza in Lishuiqiao South have been evacuated. In 2011, Home Depot, Leroy Merlin, and Huan Sanhuan have all closed their doors.

As housing transactions decrease, the shrinking demand for home improvement is temporarily inevitable. Industry experts believe that changes in the industry going through a downturn are more conducive to optimizing the layout of the home market and avoiding homogenization and repeated construction. The home furnishing industry still has great potential for development. The housing market in second- and third-tier cities and affordable housing in the Year of the Dragon is large. In 2011, sales of commercial housing rose steadily in non-first-tier cities.

The industry is optimistic about the market opportunities brought by self-housing and affordable housing: property market regulation will suppress investment demand, and the future market will be dominated by self-occupancy demand. There is a large amount of investment demand, many houses will be vacant, and will not bring actual demand to downstream industries. And if most of the houses built by the real estate industry really meet the actual demand for living, the consumption of the downstream home furnishing industry will be real.

Furniture will be piloted "trade-in"

This month, the news came from the work meeting of the Beijing Municipal Commission of Commerce: Beijing this year will pilot furniture "trade-in". The Beijing Municipal Commission of Commerce made it clear that it will unite leading companies in multiple industries and formats to cooperate with the housing security policy, expand the consumption of housing-related commodities, and provide consumers with an overall solution. The city's commercial work should be well written on the three words "extended", "changed", and "linked", including extended business hours, trial trade-in of furniture for new ones, and joint promotion of consumption by multiple formats.

Many home improvement companies in Beijing segment the home improvement market with their unique advantages. In the current market that has become the main consumer of the post-80s, Real Innovation continues to innovate on the basis of packages, and fast-loading and packages are constantly being upgraded. Qingzhou Decoration focuses on low-carbon technology home improvement, serving the public consumption. Kebao Boloni will devote itself to the softwear market, demonstrating the overall design strength of home furnishing. Nowadays, on the basis of the key business of old-fashioned house decoration, local decoration is launched to grasp the old-fashioned house and second-hand house decoration market. Dongyi Risheng Innovates Organic Home Furnishing, targeting high-end consumers.

Sun Wei, chairman of Shichuang Decoration, believes that home improvement companies should respond to changes in the market to identify the market positioning, segment the market, and achieve differentiated operations. Dai Jiangping, chairman of Jinzhao Decoration Design Co., Ltd., said that enterprises should do their own good work and make their own characteristics, which is more conducive to winning customers.

Expand the new model of e-commerce

The popularity of online homebuy group buying has shaken the dominant position of traditional business models. TATA wooden doors and Qumei furniture all use the network to develop features and advantages. Flooring brands such as Shengxiang and Anxin continue to increase in value through e-commerce transactions. Suning, Gome and other large home appliance stores have also introduced household goods into their own online malls, and the benefits are quite substantial. More home furnishing brands entered the B2C website mall and opened their own e-commerce websites.

Industry insiders have suggested that home building materials companies expand online sales channels and complement each other with physical stores, which will help increase brand awareness. However, quality, logistics, and after-sales have always been a few issues that restrict the development of e-commerce in the home industry. Whether e-commerce can help companies develop new blue oceans remains to be tested.

Length: 1-12m according to your requirement

Delivery time: Within 15 days after we get your deposit 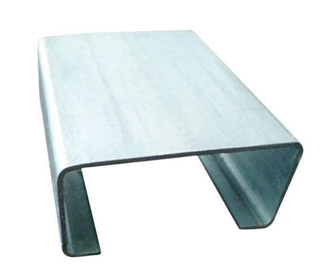 Yes, we are a manufacture with our own steel structures factory.

2. Can you do the OEM producing?

Previous: Furniture beautician becomes a new favorite in the industry